After fishing a couple of recent matches I fancied a nice day out on a pleasure session, and where better than my local lake, Mill Pools in Barby. I know this venue well and know I can catch a few fish.

As the weather had been a little milder over the past few weeks I wanted to see if the fish would feed on two methods that primarily are summer methods; the method feeder and down the edge on the pole.

I selected a peg where I could comfortably fish to the next peg for fishing down the edge, while still being relatively close to my Grandad who was also fishing. 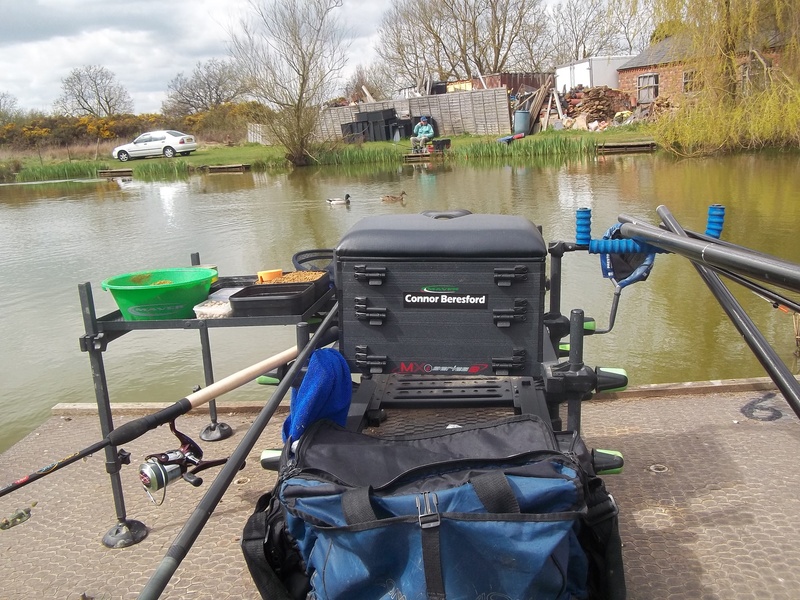 My baits for the day were: 1 bag of crushed expander pellet for the method feeder, along with some soaked 2mm pellets, soaked 4mm pellets, hard 6mm pellets, 6mm red and white boilies and 2 tins of sweetcorn. 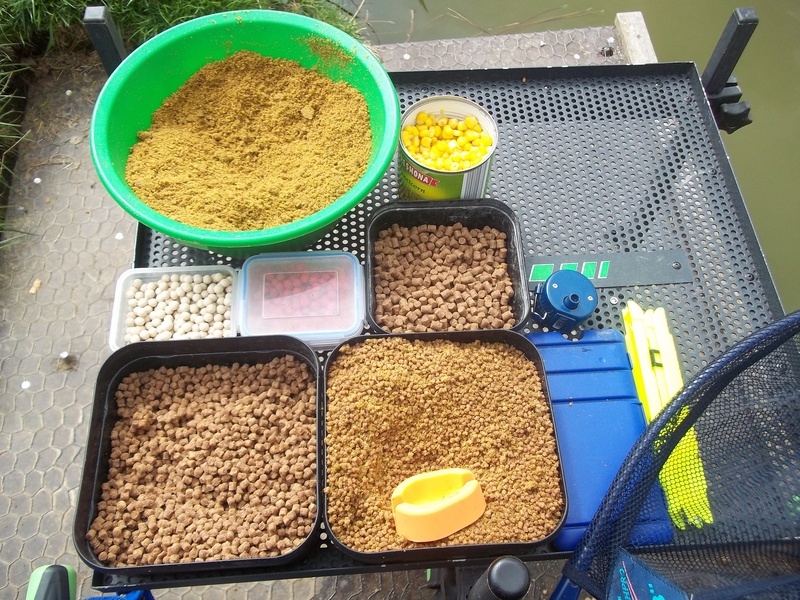 I kicked off the session by potting in 2 big balls of groundbait into the edge line, which was 9 metres to the next pallet on my left. I then went out on the method feeder, with just groundbait around the feeder and a 6mm hard pellet on the hook. I wasnt overhead casting, just a simple underarm cast around 14m from from the bank into open water. I had some practice casts before hand and had clipped up and was confident I could hit the same spot every time. After a minute of the feeder being out my tip rattled and wrapped round, an immediate carp of around 2lbs graced my landing net, maybe this is going to be a good day! I recasted to the same spot and again within a couple of minutes I had another fish! This is turning into a really good session. After 20 minutes of fishing I had already caught 5 fish, with the inline Maver C-loc feeder working perfectly.

As fishing often does, the swim slowed down, with only 2 more fish in the next half an hour, so I tried different mixes of micros and groundbait on the method feeder, and soon found that I had better success with pellets under the hookbait, with groundbait covering it. I had 3 more fish to 5lbs and then the swim died completely. 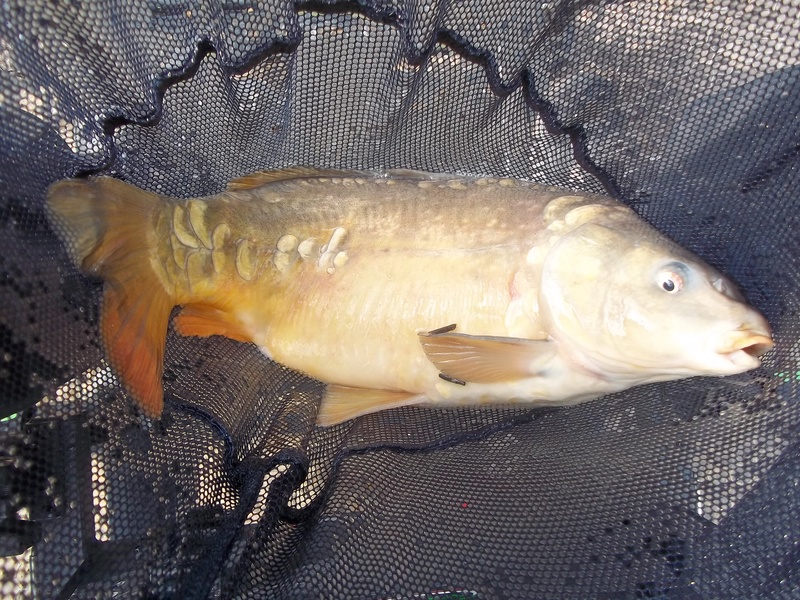 I had been feeding my edge line with small nuggets of 4mm pellets every 20 minutes, to keep a steady amount of feed going in for fish to gain their confidence over, before I dropped my bait in. 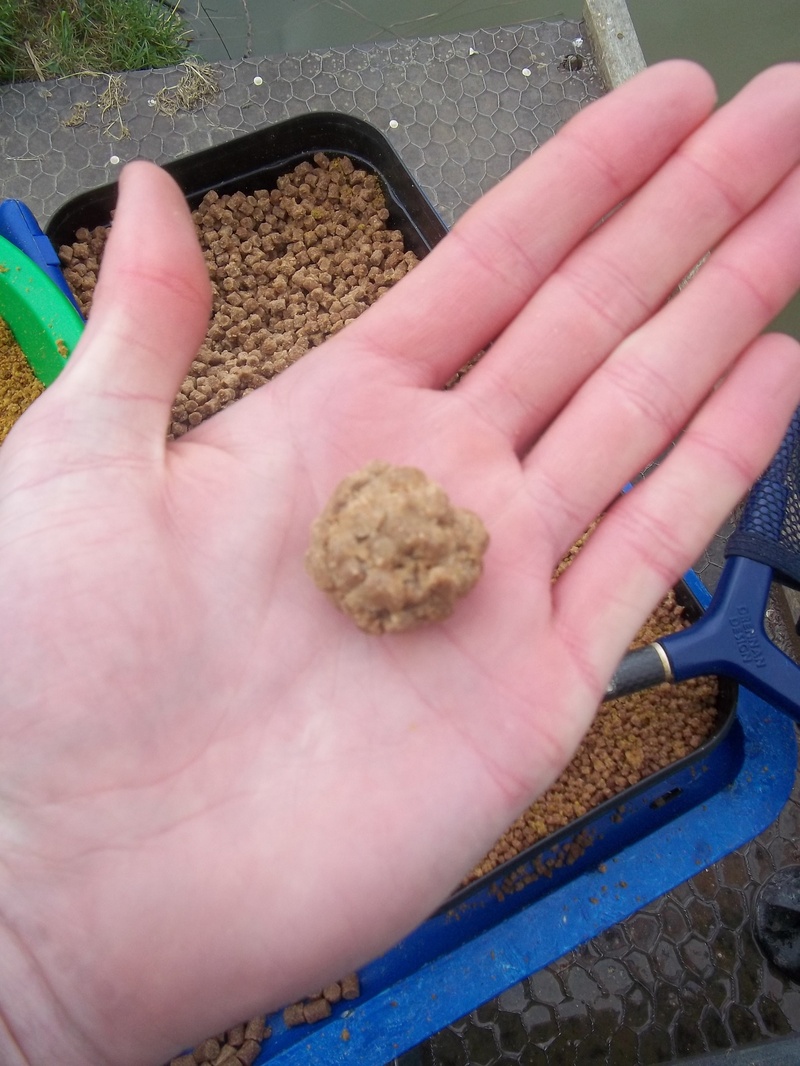 I had chosen to fish right up to the next pallet, in only 10 inches of water, this was because you can get a lot of foul hookers by fishing further out from the bank, as fish can get between the float and the pallet. When fish are feeding vigorously like they do in the edge, this isnt what you want.

I dropped in my single grain of corn, slowly lowering in the rig to see if the slow moving bait could entice a fish before it hit the deck, and the float settled. I had immidiate indications from small fish. Some people may think the small fish being in the peg would be bad, but its not. The small fish will encourage big fish to come and investigate what is happening, so all I did was top up with a big ball of groundbait and stayed on the edge line.

I had to wait half an hour for a positive indication, which resulted in my newly fitted elastic pouring out of the pole tip. I guided the fish round to the net, not having to use the pulla to net what turned out to be a 3lb carp. From then on, I caught steadily with a fish taking my bait every 5-10 minutes, the biggest being around 7lbs.

It was getting near the end of the session. I had caught a total of 21 carp over the duration of the day on the method feeder and pole; I had already had a superb day, but I decided to have one more cast.

I missed one quick bite, and slowly lowered in my bait again. I had to wait for my next bite, but it was definitely worth it. I hooked into a fish and immediately knew this was a bigger fish. It took around 10 minutes to get it onto the top kit, with the blue elastic tearing around my peg. I managed to get it under control with the use of the pulla bung and eventually netted it, and it was easily my biggest of the day and definitely the biggest of my 2013 so far. A beautiful scale perfect common carp. I judged the fish at about 11/12lbs and got it back quickly after a few photos. So overall I had caught 22 carp, and in mild weather it was a really nice day. 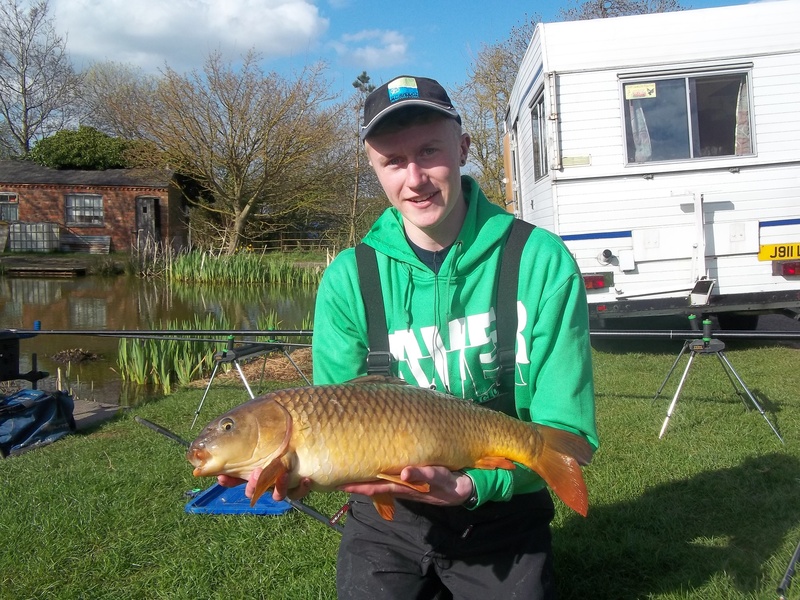 Oops, you forgot something.

The words you entered did not match the given text. Please try again.

Reply Jamosbor
12:42 PM on June 12, 2021
With thanks, I appreciate this!
https://paperwritingservicestops.com/
why do you want to go to college essay
https://paperwritingservicestops.com/
narrative essay writing
https://quality-essays.com/
writing essays for college
https://essaypromaster.com/
harvard college essay
https://brightfutureinitiativeorg.webs.com/apps/blog/show/3107983
2-career-development

Copyright Â©2013 Anything used from this website must have permission from the creator first. Cast and Hope Angling takes no responsibility for loss or breakage of tackle.

Start a Free Blog at Webs.com